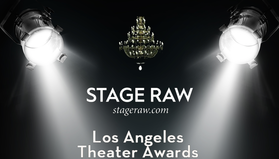 "Matt Richter does double duty as both sound and lighting designer in one of his most spectacular efforts to date. (I’m told there are some 1400 sound and light cues in all, including more gunshots than I could possibly count, and a just-right musical soundtrack by composer Ryan Johnson in Dimitri Tiomkin/Alfred Newman mode.)" StageSceneLA review by Steven Stanley

"Gunfights abound, and to get to places the performers mount sawhorses and giddy-up away, their antics underscored by Matt Richter’s sterling sound design, as much a comic player in this outrageous comedy as anyone onstage." LA Weekly Review by Deborah Klugman

"When Robledo stages live action in front of Ben Rock’s vivid projections of old western footage, when he manages to drag an actor under a speeding stagecoach in a black box theater the size of the Starrett cabin from Shane, he makes his points implicitly, by making the scene play. When the director uses Matt Richter’s lights and transportive sound design, he’s showing us, not telling." Stage and Cinema review by Jason Rohrer

"From the preshow montage of vintage films, we’re in for take-no-prisoners mayhem, for which Ben Rock’s projection design and Matt Richter’s lighting and sound are invaluable assets." LA Times review by David C. Nichols 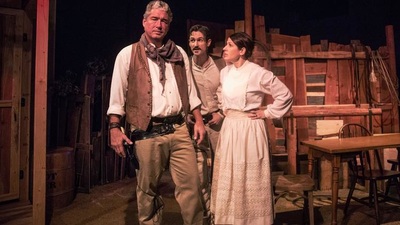 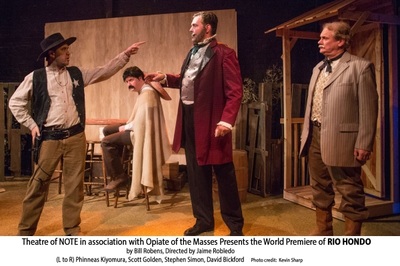 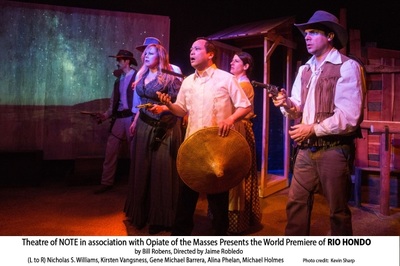 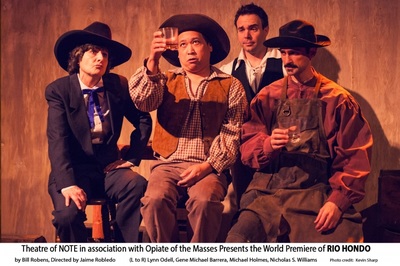